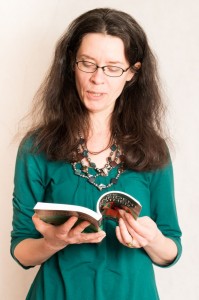 19 years ago, I was that woman on the brink. Hardworking, successful, ambitious … and on the edge of burnout. I was the Tax & Legal Technology Manager at one of the UK’s top professional services firms, Arthur Andersen. I regularly worked 8am to 8pm, skipping lunch, working evenings, always exhausted and not able to sleep.

On the outside, I was extremely successful – promoted rapidly, well respected, a reputation for getting the job done. Inside I was struggling: feeling constantly overwhelmed, stressed and suffering with IBS. I wanted to be successful. And in my head, to be successful, I needed to work hard. Even after nearly killing myself and suffering brain damage on the race circuit, I still wondered if I was good enough and whether I deserved the success I was achieving.

Intellectually I knew that I couldn’t continue working the way I was. I knew that if I didn’t do something, if I didn’t take action, BOOM! I’m gone. Heart attack, nervous breakdown … I don’t know. But something major was going to happen unless I stopped living life that way. When I wanted to self-harm, that’s when I realised I had to stop.

I have an inner strength and resilience but it was serving me poorly. It had kept me going but it was now damaging me. So I quit my job. I realised enough’s enough. I cried when I handed in my notice because I loved my job. My HR manager offered me a sabbatical instead. But I knew that if I came back to the same firm, it would start all over again. I needed to take radical action.

That was the start of the rest of my story …

After a few weeks out of work, I joined investment bank Credit Suisse (on the rebound!), and a year later joined international law firm McDermott Will & Emery as Head of IT. When I became pregnant for the first time, I thought life would continue as normal (How wrong can you be?) though I was still promoted while I was on maternity leave (twice). 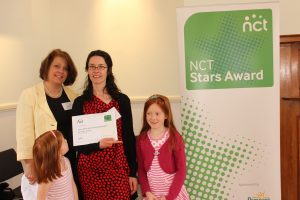 Despite severe postnatal depression, I went back to work full-time after both children, and in my ‘spare’ time, I trained as an NCT practitioner, became local NCT Branch Chair and won the London NCT Stars Award. In hindsight, would I have done it differently?

Maybe, I don’t know. I have since learned that I don’t have to make life so hard on myself. I can help you with that too.

While I was at the law firm, my Head of HR started sending women to see me when they announced they were pregnant. They were confused: “What, why? Why do I need to go and see the Head of IT?” “It’s OK. Go and talk to Sherry. She knows about being a working mum. She’ll help you out.” That’s when I started helping women get clarity on what they really want as women and as mothers, build their confidence and claim back their sense of identity and self.

This continued throughout my time at the law firm even when I was promoted to Global Head of IT Customer Service. (I was physically based in London but my job (and my team) was based in Chicago. The transatlantic commute wasn’t something I did every day! If you ever get the chance to visit Chicago, go! It’s stunningly beautiful and the people are SO friendly.)

After I was made redundant in 2009, a brilliant opportunity landed in my lap to open the first European office for a legal IT outsourcing company. This is when I learned everything there is to know about running a successful business. However 3 years later I wanted a different work-life balance. 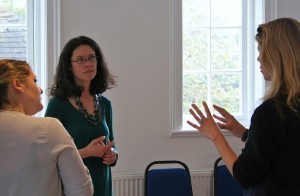 I set up my own business in 2012 and now I use my inner strength and confidence to help ambitious women get the balance they want; to take charge of their life; to know what it is to feel powerful.

I absolutely love the work that I do. I love the life-changing transformations that I see in the women I work with. I know what it’s like to love your career AND balance work with family and life so that you don’t feel overwhelmed, or burn out. 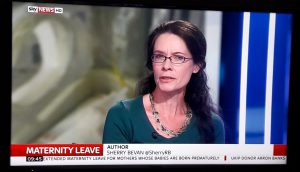 Since then I have been a Finalist in the 2018 MPower Business Awards, Finalist at The Coaching Academy Life Coach of the Y eear in 2017, runner-up in the 2014 UK Expert Authority Challenge, nominated as Bromley Entrepreneurial Mum of the Year, regular appearances on Sky News, popular panellist for BBC Radio Kent, published my first book, weekly contributor to Birds on the Blog, run three successful online conferences and – a very proud moment – nominated for NCT President in 2015.

Even prouder to announce that I was elected as NCT President (and Trustee) in November 2019. Find out more here.

When I first launched my business, I stayed in my technology niche, helping City & regional law firms review and improve their service delivery and performance.

As time went on, I was coaching more and more women who wanted help with their careers; often they felt like they’d lost their sense of self or sense of identity since having children or that their confidence had been knocked.

I now work with ambitious women who want more career confidence and career success. Especially women in technology or professional services – because that’s my background.

Typically my clients come across as confident and hard-working. They’re action-takers. But maybe they are feeling stuck or overwhelmed and they are not sure what to focus on first. Perhaps a fear of failure is holding them back. Or perfectionism.

How to work with me

I run an independent consultancy and coaching practice which specialises in partnering with organisations to develop and retain their best female talent through workshops, leadership programmes, 1:1 and group coaching and lunch ‘n’ learns.

I don’t just work with organisations. I also I work with women one-to-one. Find out more on The Confident Mother website <<HERE>>.

If you know you want to develop your female talent so that you increase retention, improve employee engagement, stop the burnout, prevent overwhelm and close that gender pay gap, let’s have a conversation.

Click here to find a date and time that works for you.

Women just LOVE what they get from my workshops and group programmes, any of which can be adapted for your organisation.